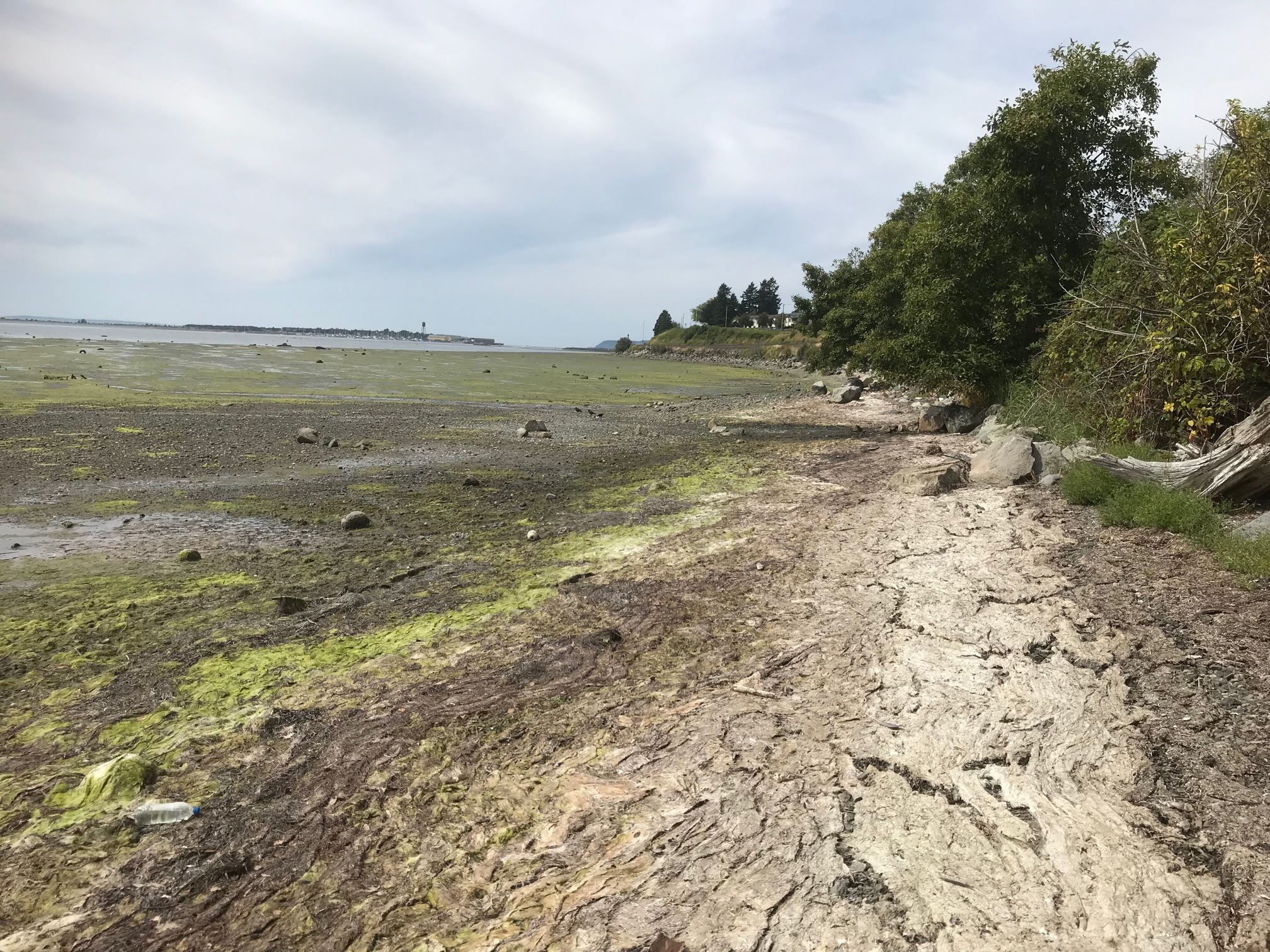 Have you noticed a pungent smell down by the harbor recently? Worried it might be the sewer? You’re not alone. When temperatures rise, the City gets a lot of calls about a rotten egg smell.

Though unpleasant to many people, the smell is natural and just a part of being near the ocean. It comes from algae and purple sulfur bacteria coating the Drayton Harbor tide flats. You may see a lot of green algae and eelgrass coating these flats, as well as pink gooey stuff which is purple sulfur bacteria. This bacteria thrives in water with low levels of dissolved oxygen and high levels of sulfur. The smell comes from the decaying algae which is a food source for the bacteria. It’s common for this to happen this time of year. You may experience similar conditions at Birch Bay or other shallow bays around the northwest.

While it’s not harmful, some people may experience irritated eyes, nose or throat, and may experience headaches or nausea from too much exposure to the gas. Avoid this area for a while if you don’t particularly like the smell – most don’t – or you have any of the above symptoms.